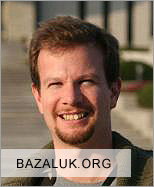 Danny Dubé studied Computer Science at University of Montreal, where he received the B.Sc. in 1994, the M.Sc. in 1996, and the Ph.D. in 2003. He started his career at Université Laval, in Quebec City, as an assistant professor in 2003. HE turned associate professor in 2008. His research field during my studies and up to 2010 was the implementation of programming languages. Since 2005, Danny Dubé got interested in data compression and, in 2010, it became his sole research field.